Works on the Royal Observatory

Works have started on the Royal Observatory, one of the attractions at the heart of Greenwich’s UNESCO World Heritage Site, as part of their exciting refurbishment project. Blencowe Scaffolding were instructed to provide a temporary staircase so that the refurbishment team and their materials could gain direct access to the telescope room.

The Royal Observatory, Greenwich is situated on a hill in Greenwich Park in south east London, overlooking the River Thames to the north. It played a major role in the history of astronomy and navigation, and because the Prime Meridian passes through it, it gave its name to Greenwich Mean Time, the precursor to today’s Coordinated Universal Time (UTC). 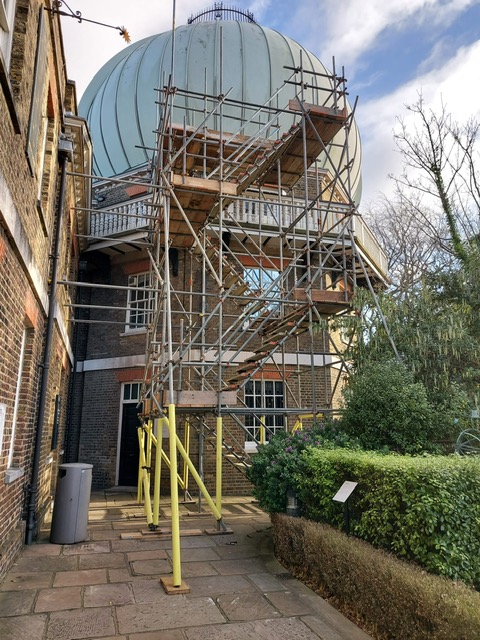 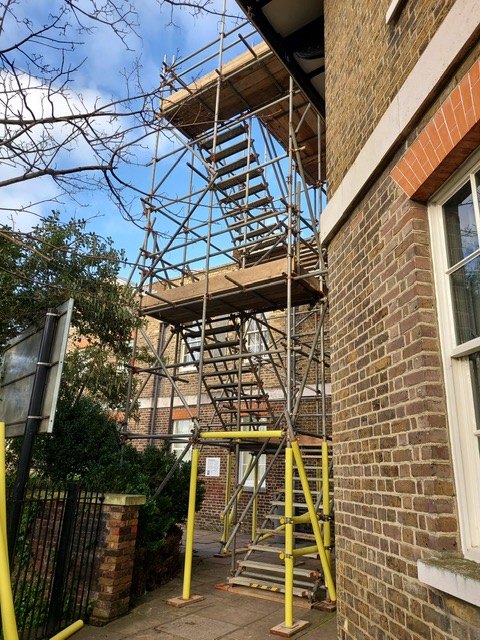