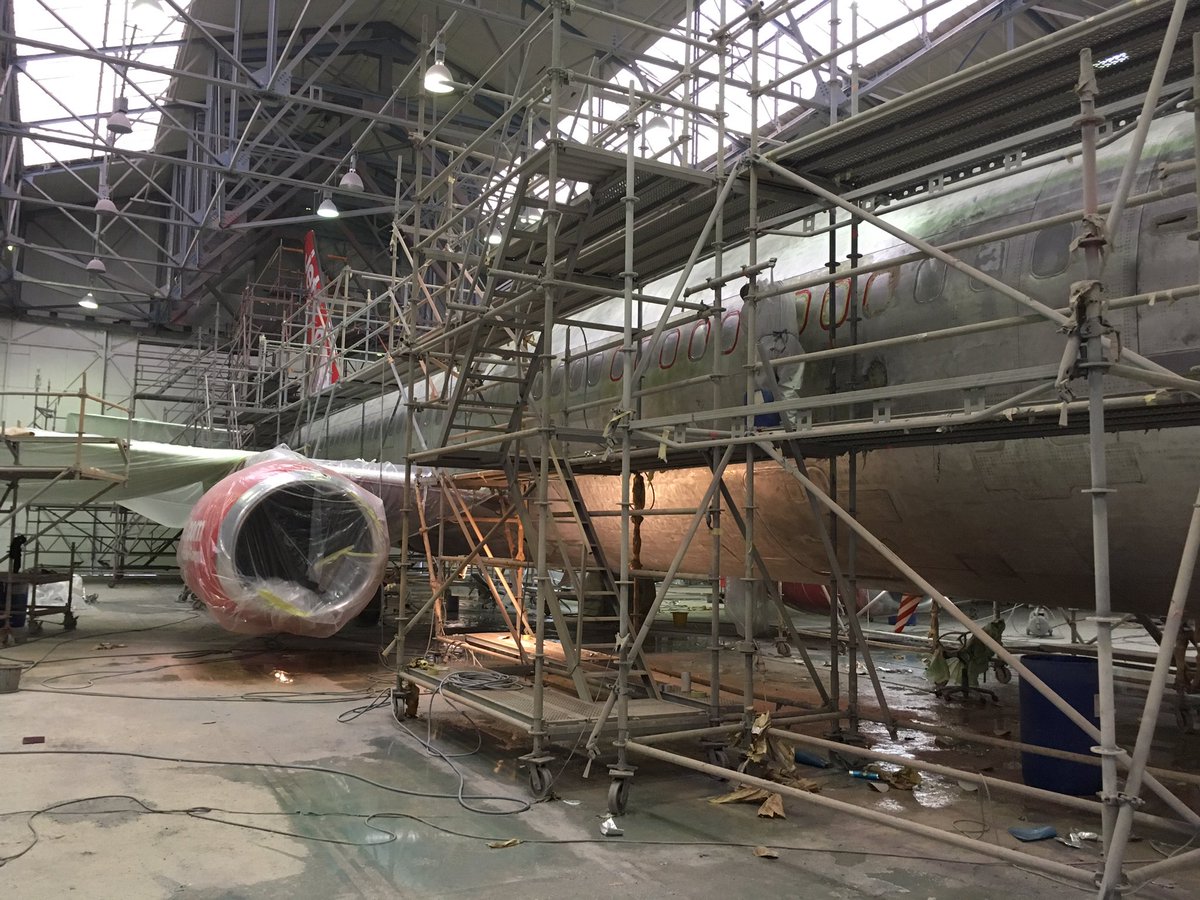 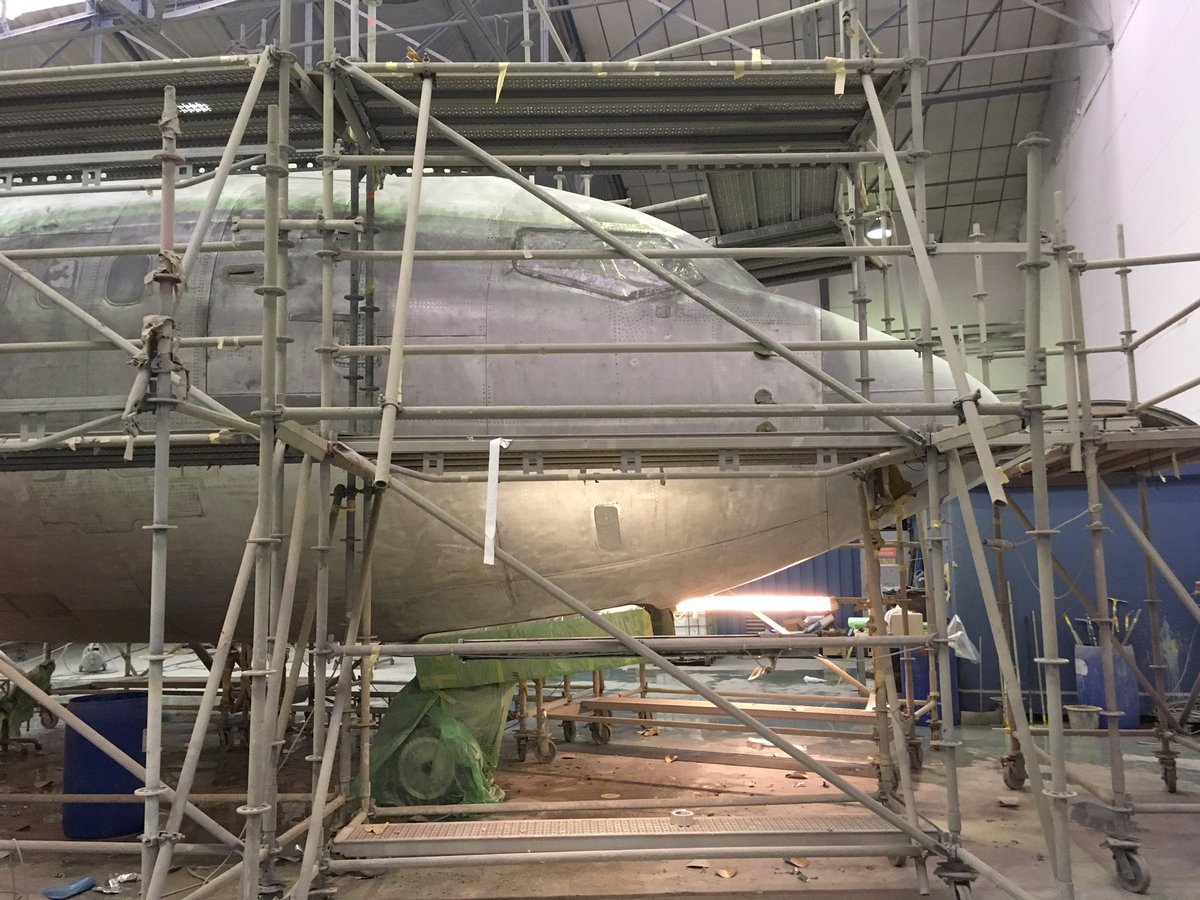 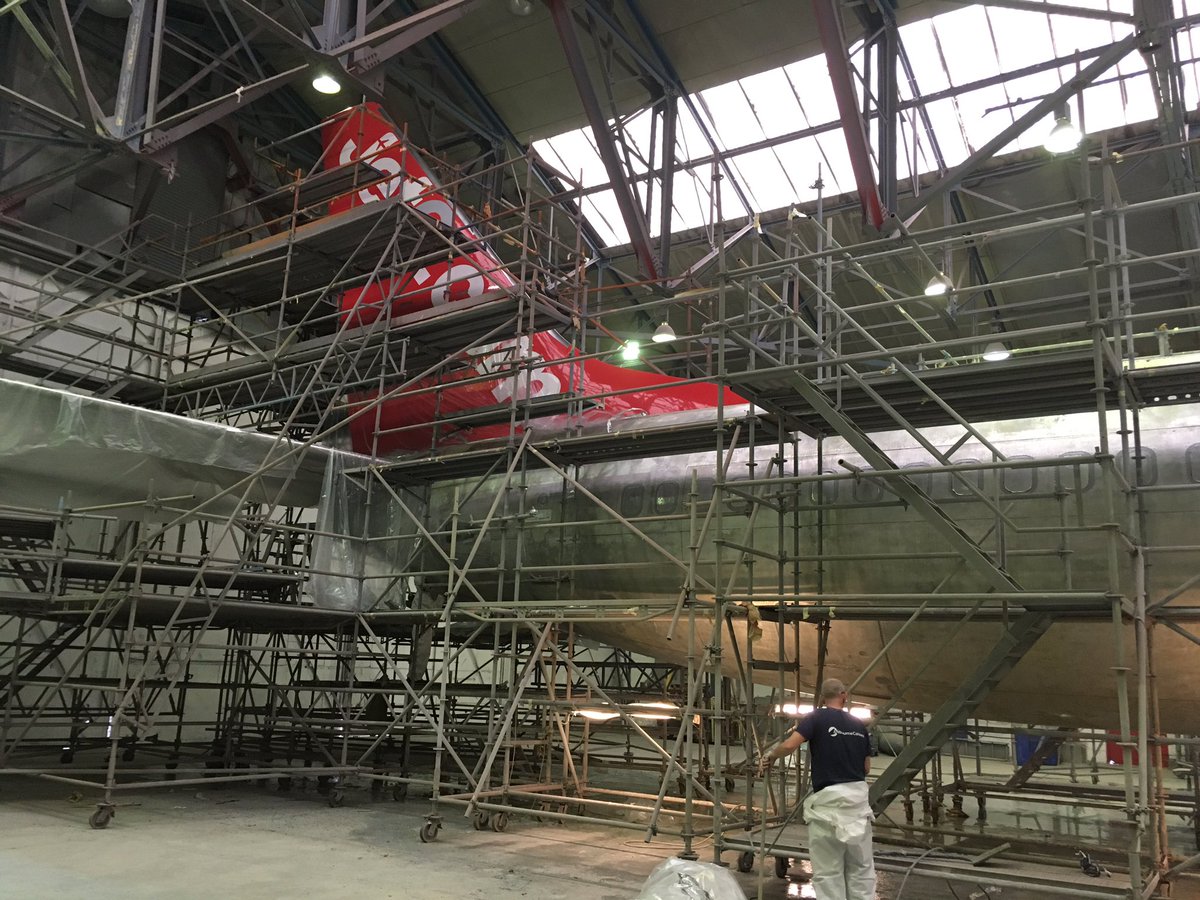 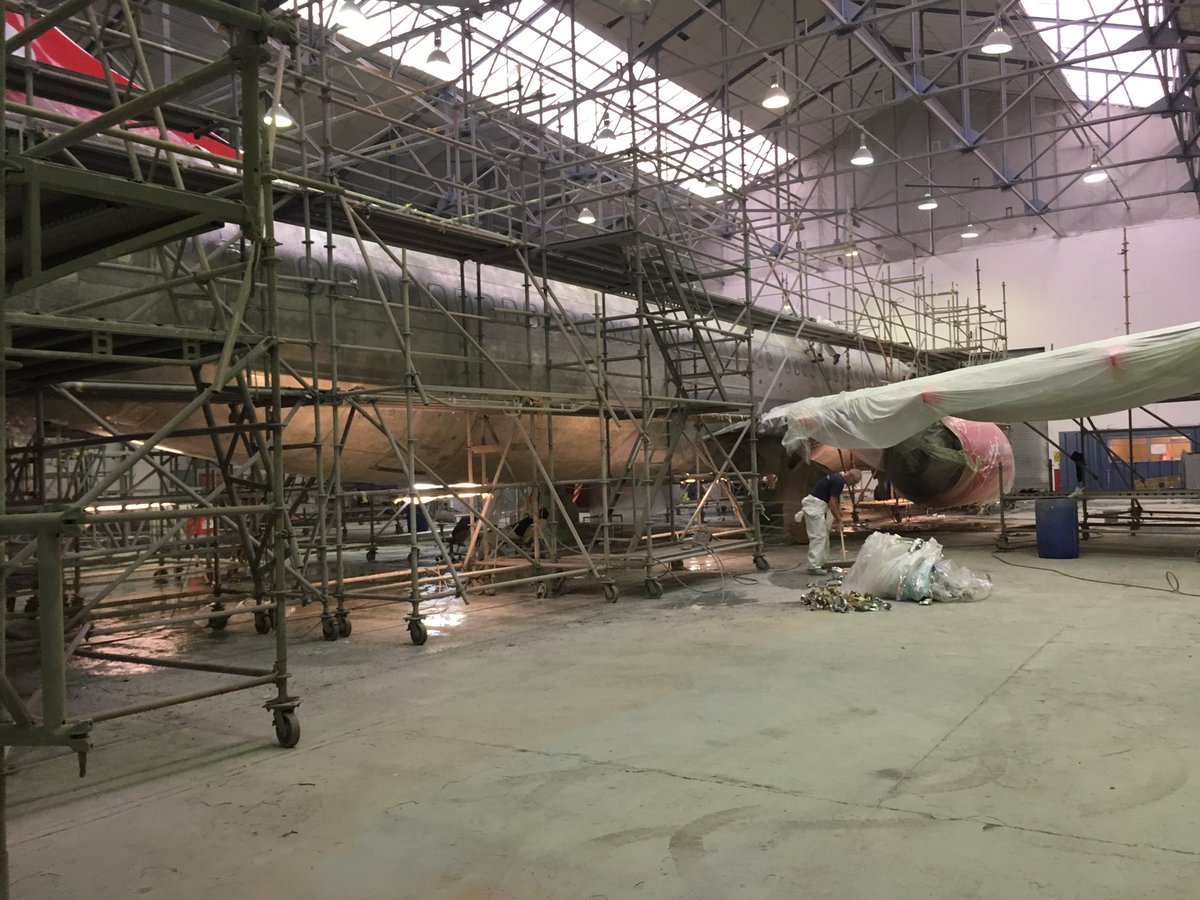 Modern Access secured the contract to strike and erect scaffolding around Boeing 737’s and various other plane models for Airborne Colours for routine repair and maintenance works in Hurn Airport, Dorset.

The team have to work in accordance to the flight plans for the different planes, so no 2 jobs are the same. Sometimes they’ve had to wait for the plane to arrive if it’s been delayed for one reason or another.

Airborne Colours choose to use the modular system provided by Modern Access because it was quick, efficient and very tidy when erected around the different planes, which are usually on a very quick turn around before they are back on duty.