The University of Southampton’s £25 million project for the Centre for Cancer Immunology, situated at University Hospital Southampton and currently scheduled to officially open in Spring 2018, has gained from the capabilities of Modern Access – the specialist system scaffold division of Blencowe Scaffolding – who were appointed by main contractor Kier Construction Southern.

Situated in a four-story building, the pioneering cancer immunology research Centre, the first of its kind in the UK, will have a total floor space of 4000m2.  It features an impressive atrium structure on the ground floor of the building alongside space for meeting rooms, clinical trials and an open-plan office space.  Further open-plan work space, interdisciplinary breakout areas and meeting rooms for researchers, students and clinicians in cancer immunology will be available on the first floor while, above, the creation of a state-of-the-art hub for laboratory research will become an important resource.

“We used over 80 different system scaffold components for the 11-month project, and a collaborative approach to meet Kier’s requirements and deliver the right solution for the environment was incorporated into the project.” says Alan Blencowe, Director at Modern Access.

The company made extensive use of the specialist scaffolding system for the project, enhancing its ability to meet important project objectives.  “A clear focus on the build time frame and ease of handling all contributed to the efficiency on site where the creation of a multi-lift structure with clear walkways, accessed via stairtower use, also helped with the movement of men and materials around the scaffold,” adds Alan Blencowe, Director of Blencowe Scaffolding’s specialist division, Modern Access.

Located opposite the main entrance of University Hospital Southampton, the project had to accommodate the fact that it is flanked not only by other hospital buildings and residential properties, but also with significant, adjacent pedestrian footfall.  Stringent control measures to eliminate the risk of falling materials were therefore fundamental and, again, this was optimised with out of hours working, segregated exclusion zones, tethered tools and progressive installation of toe boards along with fire proof debris netting and mono flex that was fitted to the inside of the system as extra protection. This further enhances the reason for using our system scaffold as it requires fewer components than would have been the case, for example, with a tube and fitting alternative.

Modern Access planned the work in depth, with a very detailed risk assessment/method statement produced for the erection and dismantling of the whole project.  This was undertaken in conjunction with Kier, who as a leading construction company, complemented Modern Access’s belief in of working within a well-controlled environment that pays ongoing attention to health and safety.

“Due to the site constraints as a live working hospital environment and the obvious significant interface with the general public, hospital vehicles and hospital staff alike, safety was clearly the primary requirement in erecting and dismantling the system scaffold, while scheduling to ensure that the work was carried out in a timely and appropriate manner was also paramount,” concludes Alan Blencowe, Director at Modern Access, who points out that the work was underlined by weekly inspections of the site and structural tie-tests throughout the project period. 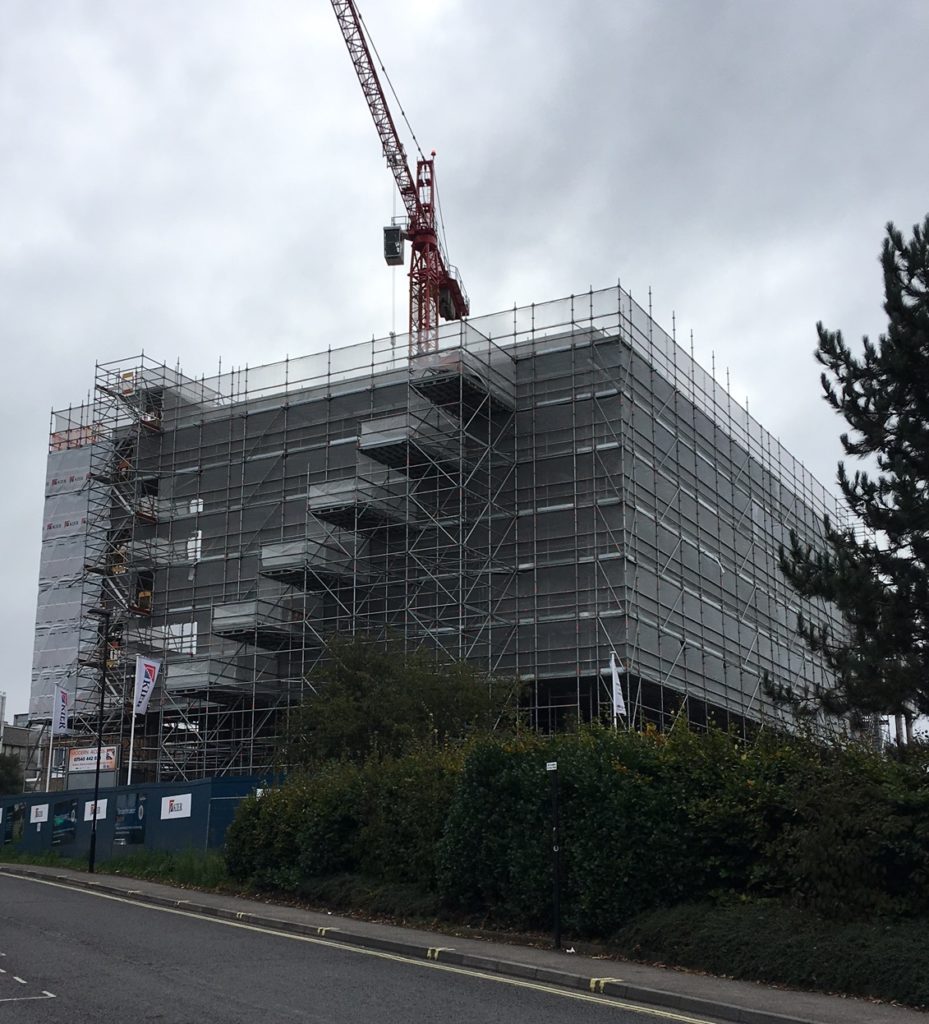